Metrology has existed since the dawn of civilisation. Man has always sought to attribute quantities to all sorts of things, for example weights for trade or distances to map the environment.

Within organisations, metrology has long been perceived as a cost center rather than a profit center, whereas it is a major performance lever and plays an important role in the strategy of many sectors of activity, from aerospace to nuclear, including health, chemistry and biology…

Metrology, or the science of measurement, is the universal way to qualify and quantify a measurement result, with a unit and an associated uncertainty. The fact that a measurement is linked to the international system of units has a fundamental interest: agreeing on the associated value, everywhere in the world, and thus facilitating exchanges such as a commercial transaction.

In the age of Big Data and technological innovation, organisations are realising that a good command of metrology can increase competitiveness, while improving the quality of their products and reducing costs. To develop their performance, they are focusing on the quality of measurements, the estimation of uncertainties, the calibration of devices and instruments, the control of calibration intervals and the production of traceable measurements (audit trail).

To help you better understand the stakes of metrology as well as the best practices for its successful implementation, our teams met with Patrick MATHIEU, one of the French experts in the field (see his biography at the end of the article) to share his vision and advice with you.

What are the issues and challenges around metrology?

The main challenge of metrology is to maintain and strengthen the relationship of trust with customers. When a doubt emerges about the reliability of a result, it is then very difficult to regain trust. However, controlling everything, all the time, is not the answer either. Like any other process, a metrology strategy must be defined in conjunction with its risk and opportunity management.

In many organisations, we observe that metrology is reduced to an accumulation of documents from periodic operations. They are then filed, without any real use or technical justification, other than having clean equipment in working condition after maintenance.

To reinforce their metrology, some organisations rely on their equipment suppliers to provide annual maintenance services, whether preventive or corrective, including a metrology component. I advise you to pay particular attention to the methodology applied, to make sure that it is in line with your real needs, especially since this subcontracting represents a certain cost.

If the normative, legal or other requirements allow it, metrology can be adapted and lightened. This optimisation, when it isproperly thought out and operated, is synonymous with performance.

Do you have concrete examples of application?

In my laboratory, I use a metal shim with dimensions provided by a calibration certificate to perform measurements. The mass of this shim is monitored, using a balance that is also calibrated.

The dimensions and mass of this shim are periodically rechecked to evaluate a possible gap in time or to ensure their stability. The same applies to the laboratory temperature probe and the balance.

What advice would you give to those who wish to improve their measurement techniques?

An organisation wishing to improve its measurement techniques must identify upstream the expected gains: evaluate or improve performance, optimise resources, obtain certification or accreditation to a standard…

Depending on the objectives, but also on the resources required for this improvement process, the organisation must identify the obstacles and risks before establishing a specific roadmap.

Moreover, depending on the level of maturity, but also the size and the context, it is wise to rely on an external viewpoint, to accompany the whole process or to simply give an opinion on the internal work. Change management is also a factor that should not be neglected.

What would you say to all those who do not yet place metrology at the heart of their concerns?

I would say that if metrology is not a core concern, even though the company provides products or test results, it is because:

When it is not outsourced, metrology can be implemented at each step of the process, from experimental to product supply. It can consist of comparing results to reference data, or performing sampling with “quality controls” on a production line, or proceeding by redundancy between several measurement systems that give consistent values.

In conclusion, implementing a metrology strategy does not necessarily mean questioning everything. It is advisable to start from what already exists, by improving it and completing it with processes adapted to the organisation’s performance objectives.

Executive consultant in metrology at IFPEN

Patrick MATHIEU is a metrologist (trained as a chemist) and joined IFPEN’s Central Metrology Department in 1999, where he became an expert in this field in support of experimental activities.

He is in charge of assisting and advising project teams in the identification and control of factors influencing an experimental process. As such, he is involved in all stages of the process life cycle, from the review of functional specifications, through the technical acceptance of tools, to the metrological monitoring strategy.

Patrick is also a trainer and internal auditor of the “metrology” support process according to NF ISO 9001 and 10012 standards. Since 2021, he is a member of the French working group of AFNOR for the revision of the ISO 10012 standard.

and the challenges of metrology? 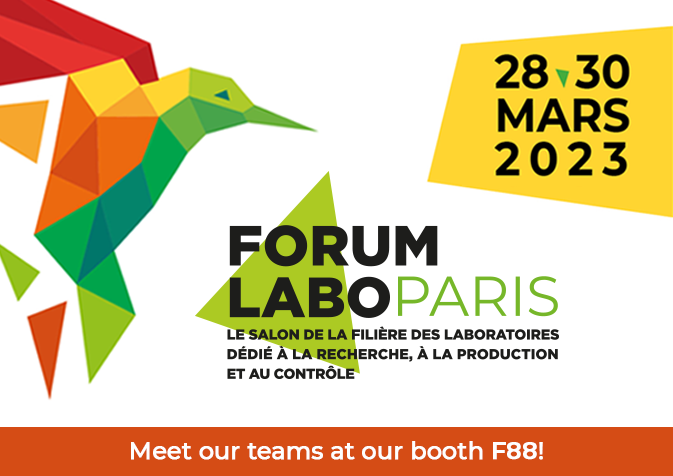 On March 28th, 29th and 30th, RITME will participate to the FORUM LABO 2023 exhibition, which will take place in Paris, Porte de Versailles. 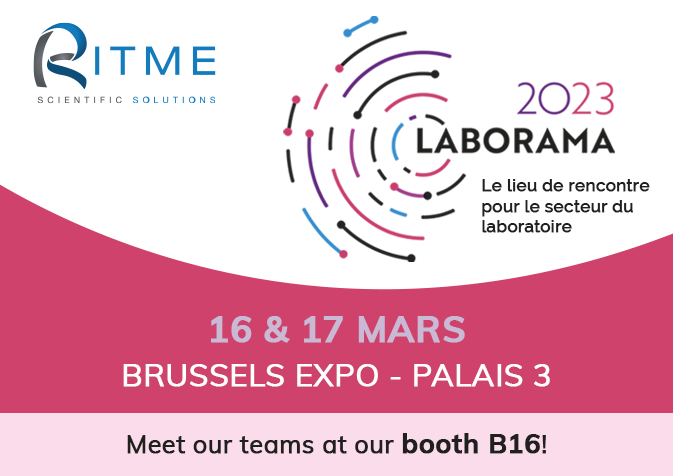 RITME will participate in the LABORAMA exhibition in Brussels on March 16 and 17, 2023

RITME will participate in the LABORAMA exhibition in Brussels on March 16 and 17, 2023. Meet our teams at our booth B16!